Having used acupuncture in my practice now over 31 years, the most common 'side effect' has been improved sleep and less agggitation or should I say more relaxed mind body and soul. This is somthing that may be difficult for most people to understand, but it is very common and occurs whether or not we are treating the patient for pain or other disorders. Pain by itself is stressfull. The below study performed on Rats (no placebo possible) proves the point. The study was performed at Georgetown University Medical Center is an internationally recognized academic medical center

Although the study was done in rats, scientists suggest the findings could help explain why many users of the therapy report health benefits

Washington, DC -- Acupuncture significantly reduces levels of a protein in rats linked to chronic stress, researchers at Georgetown University Medical Center (GUMC) have found. They say their animal study may help explain the sense of well-being that many people receive from this ancient Chinese therapy.

Published online in December in Experimental Biology and Medicine, the researchers say that if their findings are replicated in human studies, acupuncture would offer a proven therapy for stress, which is often difficult to treat.

"It has long been thought that acupuncture can reduce stress, but this is the first study to show molecular proof of this benefit," says the study's lead author, Ladan Eshkevari, Ph.D., an assistant professor at Georgetown's School of Nursing & Health Studies, a part of GUMC.

Eshkevari, who is also a nurse anesthetist as well as a certified acupuncturist, says she conducted the study because many of the patients she treats with acupuncture in the pain clinic reported a "better overall sense of wellbeing — and they often remarked that they felt less stress."

While traditional Chinese acupuncture has been thought to relieve stress —in fact, the World Health Organization states that acupuncture is useful as adjunct therapy in more than 50 disorders, including chronic stress — Eshkevari says that no one has biological proof that it does so.

So she designed a study to test the effect of acupuncture on blood levels of neuropeptide Y (NPY), a peptide that is secreted by the sympathetic nervous system in humans. This system is involved in the "flight or fight" response to acute stress, resulting in constriction of blood flow to all parts of the body except to the heart, lungs, and brain (the organs most needed to react to danger). Chronic stress, however, can cause elevated blood pressure and cardiac disease.

Eshkevari used rats in this study because these animals are often used to research the biological determinants of stress. They mount a stress response when exposed to winter-like cold temperatures for an hour a day.

Eshkevari allowed the rats to become familiar with her, and encouraged them to rest by crawling into a small sock that exposed their legs. She very gently conditioned them to become comfortable with the kind of stimulation used in electroacupuncture — an acupuncture needle that delivers a painless small electrical charge. This form of acupuncture is a little more intense than manual acupuncture and is often used for pain management, she says, adding "I used electroacupuncture because I could make sure that every rat was getting the same treatment dose."

She then selected a single acupuncture spot to test: Zuslanli (ST 36 on the stomach meridian), which is said to help relieve a variety of conditions including stress. As with the rats, that acupuncture point for humans is on the leg below the knee.

She found NPY levels in the experimental group came down almost to the level of the control group, while the rats that were stressed and not treated with Zuslanli acupuncture had high levels of the protein.

In a second experiment, Eshkevari stopped acupuncture in the experimental group but continued to stress the rats for an additional four days, and found NPY levels remained low. "We were surprised to find what looks to be a protective effect against stress," she says.

Eshkevari is continuing to study the effect of acupuncture with her rat models by testing another critical stress pathway. Preliminary results look promising, she says.

The study was funded by the American Association of Nurse Anesthetists doctoral fellowship award to Eshkevari, and by a grant from the National Institutes of Health's National Center for Complementary and Alternative Medicine. Co-authors include Georgetown researchers Susan Mulroney, Ph.D., Rupert Egan, Dylan Phillips, Jason Tilan, Elissa Carney, Nabil Azzam, Ph.D., and Hakima Amri, Ph.D. The authors disclose no conflicts of interest.

Georgetown University Medical Center is an internationally recognized academic medical center with a three-part mission of research, teaching and patient care (through MedStar Health). GUMC's mission is carried out with a strong emphasis on public service and a dedication to the Catholic, Jesuit principle of cura personalis -- or "care of the whole person." The Medical Center includes the School of Medicine and the School of Nursing & Health Studies, both nationally ranked; Georgetown Lombardi Comprehensive Cancer Center, designated as a comprehensive cancer center by the National Cancer Institute; and the Biomedical Graduate Research Organization (BGRO), which accounts for the majority of externally funded research at GUMC including a Clinical Translation and Science Award from the National Institutes of Health. In fiscal year 2010-11, GUMC accounted for 85 percent of the university's sponsored research funding. 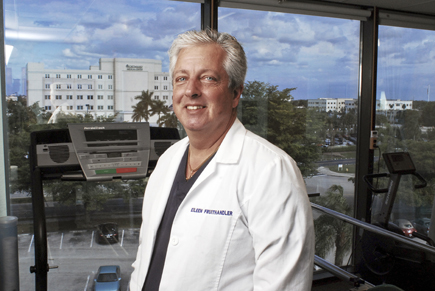 If you suffer from stress pain or allergies a new simple and inexpensive program may have the answers you are looking for. In conjunction with Chiropractic, Acupuncture and nutrition we utilize Functional, or Regulative Medicine with Asyra Quantum Biofeedback. This is computerized acupuncture and homeopathy. Please browse our web site or more information. We have had excellent results with Chronic issues such as Allergies, Digestive complaints, Hormonal Imbalances, Asthma, RSD (reflex sympathetic dystrophy), MS, and Peripheral Neuropathies to mention a few.